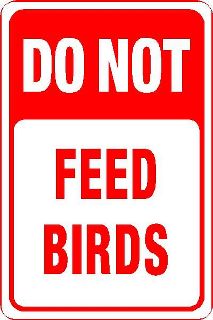 Believe it or not, apples - along with other members of the rose family including cherries, peaches, apricots, and pears - contain trace amounts of Cyanide within their seeds. While the fruit of the apple is fine for your bird, be aware that in addition to the poisonous seeds, there may be pesticides present on the fruit's skin. Be sure to thoroughly cleanse and core any apple pieces that you share with your bird to avoid exposure to these toxins.

The skin and pit of this popular fruit had been known to cause cardiac distress and eventual heart failure in pet bird species. Although there is some debate to the degree of toxicity of avocados, it is generally advised to adopt a "better safe than sorry" attitude toward them and keep guacamole and other avocado products as far away from pet birds as possible.

While the use of limited amounts of onion or garlic powders as flavorings is generally regarded as acceptable, excessive consumption of onions causes vomiting, diarrhea, and a host of other digestive problems. It has been found that prolonged exposure can lead to a blood condition called hemolytic anemia, which is followed by respiratory distress and eventual death.

Hemolytic anemia (HEE-moh-lit-ick uh-NEE-me-uh) is a condition in which red blood cells are destroyed and removed from the bloodstream before their normal lifespan is up.


Although responsible bird owners would never dream of offering their pet an alcoholic drink, there have been instances in which free roaming birds have attained alcohol poisoning through helping themselves to unattended cocktails. Alcohol depresses the organ systems of birds and can be fatal. Make sure that your bird stays safe by securing him in his cage whenever alcohol is served in your home.

Mushrooms are a type of fungus, and have been known to cause digestive upset in companion birds. Caps and stems of some varieties can induce liver failure.

Tomatoes, like potatoes and other nightshades, have a tasty fruit that is fine when used as a treat for your bird. The stems, vines, and leaves, however, are highly toxic to your pet. Make sure that any time you offer your bird a tomato treat it has been properly cleaned and sliced, with the green parts removed, so that your bird will avoid exposure to any toxins.

While all living beings need regulated amounts of sodium in their systems, too much salt can lead to a host of health problems in birds, including excessive thirst, dehydration, kidney dysfunction, and death. Be sure to keep watch over the amount of salty foods your bird consumes.

Caffeinated beverages such as soda, coffee, and tea are popular among people - but allowing your bird to indulge in these drinks can be extremely hazardous. Caffeine causes cardiac malfunction in birds, and is associated with increased heartbeat, arrhythmia, hyper activity, and cardiac arrest. Share a healthy drink of pure fruit or vegetable juice with your bird instead - this will satisfy both your bird's taste buds and nutritional requirements.

Cooked beans are a favorite treat of many birds, but raw, dry bean mixes can be extremely harmful to your pet. Uncooked beans contain a poison called hemaglutin which is very toxic to birds. To avoid exposure, make sure to thoroughly cook any beans that you choose to share with your bird.
Other Foods To Avoid

Dairy- Birds lack the digestive enzymes needed to break down milk sugar and milk proteins. Uncultured milk products such as milk, cream and butter should not be fed but yogurt, cheeses and dried milk can be supplemented in the diet in moderation (they are also high in fat).

Lettuce- A typical filler food, lettuce is low in everything except water. It is not recommended as a food supplement since it offers little, if anything, for the bird. If leafy foods are desired by your bird, try feeding spinach, collard greens, tops of bok choy, carrot tops or kale.

Avocado- Although higher in fat than other veggies and used in other countries to condition birds for breeding, avocado has been shown to be toxic in some birds and its feeding is no longer recommended, as mentioned above in the Toxic Foods list.

The Hidden Danger of Coffee and Tea for Your Parrot: 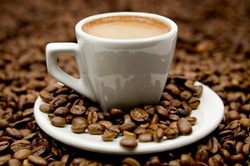 There is a hidden danger for your parrot that you may not have ever thought of. However, if you do not consider it, you could wait until it is too late. Do not take chances with the health and safety of your parrot and learn about what could be lurking in your tea or coffee cup.

Many of the beverages that you may drink include caffeine. We all know that this ingredient is a chemical that can have not the best side effects on humans. It can lead to a fast heartbeat and hyperactivity. Additionally, it can contribute to high blood pressure. In small doses, caffeine may not be a problem for humans, but consider this. What you may think of as a small dose of caffeine in that coffee mug is a rather large dose to your parrot. In fact, caffeine has a much higher toxicity in parrots and other birds than it would in another animal. A bird could drink just part of a cup of coffee or tea and could experience severe illness or even death.
Just what will happen if your bird experiences caffeine overdose? Caffeine can directly affect the kidneys and liver. Too much caffeine can lead to a fast or irregular heartbeat, seizures, hyperthermia, liver failure and even kidney failure. If a parrot were to drink enough of the caffeine to experience failures of these organs, then the chemical could be fatal. It is unclear on how much caffeine is too much for a parrot. In fact, it can be hard to determine from one bird to the next since parrots can vary immensely in size.

What does this mean; it is the best idea to not allow your parrot to have any access to caffeine whatsoever. This way, you do not have to worry about whether or not your bird is getting too much caffeine. In order to avoid these problems, be sure to remove all open container caffeinated beverages when your parrot is loose in the house.

Peanuts Are Not a Safe Food for Your Parrot

Chances are, as a parrot owner, you have heard a warning or two about Aspergillus. The most common version of these fungi would be Aspergillus flavus. If your parrot ingests Aspergillus of any sort, it will become sick with Aspergillosis.

If you have not yet read the signs of Aspergillosis, the illness can be very fatal. Common signs of the illness would be breathing problems, loss of appetite, frequent drinking, and blue coloring around mucous membranes. Because Aspergillosis grows on the trachea and air sacs, an untreated attack can lead to death of the bird. Aspergillosis attacks extremely quickly and can be fatal in a very short amount of time.

It is very hard to tell if a peanut contains the fungus. You can look for black spotting within the shell, but this still does not guarantee that you will catch all signs of Aspergillus. It would be best to bypass the issue completely and avoid giving peanuts to your bird at all. If your bird is fond of cracking and shelling nuts, there are plenty of other options that are much safer. You do not have to take all nuts away from your bird, and safe options can be very important to your parrot’s diet.

ALCOHOL IS TOXIC FOR PARROTS

Although responsible bird owners would never dream of offering their pet an alcoholic drink, there have been instances in which free roaming birds have attained alcohol poisoning through helping themselves to unattended cocktails. Alcohol depresses the organ systems of birds and can be fatal. Make sure that your bird stays safe by securing him in his cage whenever alcohol is served in your home.